I know nothing. I only know what I see and what I feel, hear, taste too. I want to be clear; I am no expert; only a great admirer of ceramics.

This post is difficult to write. I will try to be simple and humble.

I met Shiro Otani’s son in Amsterdam. My friends suggested to meet him, since he was brought up in a traditional japanese potter’s house; helping around the pottery and firing anagama as a child. And so while I was in Japan, Shiro’s son also happened to be there so I wrote him if I could visit his father’s pottery in Shiga, and again I was very lucky.

Shigaraki ware is a name for ceramics made in geographical area of Shiga, Japan. It has been one of the great centers of Japanese ceramics for about 800 years. Three of the earliest kiln sites may date back to 1278. It is suggested that Bizen potters traveled to Shigaraki and began producing works there because early Shigaraki wares appear to have been influenced by Bizen wares. The wares were first produced to meet the demands of farmers (Wikipedia, 2013).

The clay in this area is sandy and comes from the bed of lake Biwa. It is appropriate for high temperatures (over 1300°C) therefore it is very durable. The color of clay is light, but comes in different shades, depending on the location. It is typical that the clay contains bits of feldspar. In the firing the feldspar explodes on the surface of the pots and creates distinguish look. Some potters fire the pots glazed and some unglazed; but the kiln itself creates an ash layer which then melts into a glaze, which is also typical for Shigaraki. I also like the glaze drips (biidoro), which look like bright green melted glass dripping of the pot. The firing may take from few to up to 10 days. Imagine the amount of wood, energy, time and money needed for such firing. The firing is done once or twice a year. The pots are colored entirely from the ash and flames of the kiln. Anagama is said to be the most difficult kiln to fire, with the lowest success rate (20%, maybe less and if lucky, more). Knowledge and skill along with experience of the potter are essential to manipulate that natural environment into a work of art.
I got a quick tour around the pottery with his son. I was carefully listening, asking questions, observing, enjoying the whole surroundings. I was greatly impressed by his studio, works lying around; some raw, some in the garden, where they have been precisely put many years ago. I saw the two kilns: anagama and noborigama with the joint chimney. We were also invited to his house, where we were served with dessert and tea. The house itself was magnificent, with rooms full of majestic pottery. I was very shy and quiet, I did not know what to do, how to behave. It was either to enjoy this special few minutes in tea, or to take photos, asking some more questions…
It was intensive. I could also touch the works, precious pieces of Otani-san. There were also pots from other great artists – his own private collection of ceramics. Probably of famous artists, which I yet do knot know. But I was told they were top. The words ‘the real thing’ and ‘top notch’ and ‘national treasure’ were mentioned several times. To me it was the first time seeing the real Shigaraki, and holding all these chawans and cups was special and I could feel the difference and power of real pots fired in anagama kiln.
I liked mostly the roughness and simplicity of Shigaraki, along with it’s amazing diversity in shades, especially the bright orange color, but also the thickness of cups – they present themselves strongly. The play of the ash – glaze on the pot is also very nice. I fell in love with the Shigaraki since I first heard of it (only by hearing) and again this day, in Shiga.
Now my electrical kiln lost it’s glory for all times. The wish is greater now – to build anagama. And I said: when I will be able to read a book about building it and using it in japanese, I will then be prepared to do it.
After Otani-san’s premises we walked for about 2 minutes to another very famous studio. On the way we saw (remember in 2 minutes): a clay digging site, a clay factory, a kiln factory and a wood-saw for preparing wood. Talking about the richness and the good environment mantra for a potter! The next studio was a Kawai Kanjiro’s grand-grandson’s and a national treasure was mentioned yet again. I was again told to be very lucky, since he does not take any visitors. Another, I think, two studios, noborigama and hundreds of pots. Very different from Otani-san’s, mostly I remember the distinctive blue glazed pots. For me another new great potter to do a research about, and later I also visited Kawai Kanjiro’s house in the middle of Kyoto. I will write about it in the next post. Another nice quick tour, with the coffee from and surrounded with great pots, being sorry for not knowing the stories end real value behind them.
I was very sorry for many things that day. That I had so little time, that I did not know more about everything.. If my knowledge was better, then I think I would really appreciate and enjoy.. not that I didn’t this time. I say, next time. But then, the Japanese say: there is only this time:) But I am very happy to be able to see all this, and to give Otani-san green tea cookies. I hope he likes it:) I only saw him for a second at the end, leaving in the car. Very lucky me!
Otani Shiro is a great artist to me and and a great traditional Shigaraki potter. His works are in the permanent collections of museums around the world, including the the U.S.: Boston M.F.A, the Freer & Sackler Galleries at the Smithsonian and the Museum of Arts and Design.
You can see a glimpse of how good he is in: Robert Yellin Yakimono Gallery.
And here are the photos of the visit: 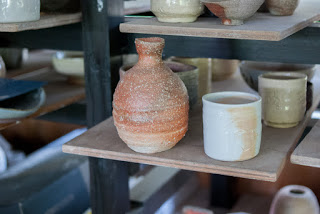 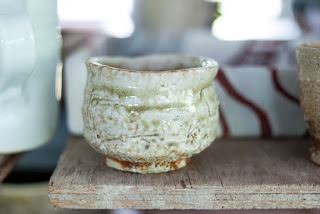 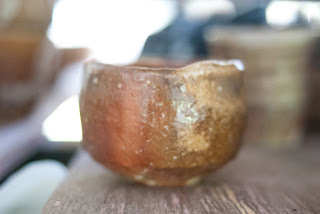 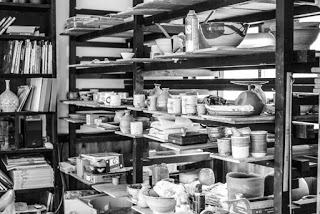 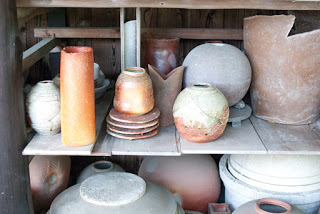 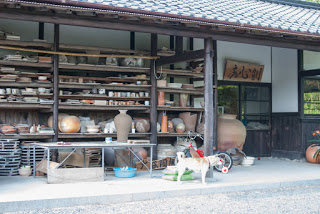 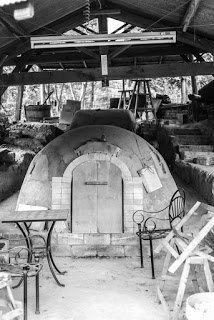 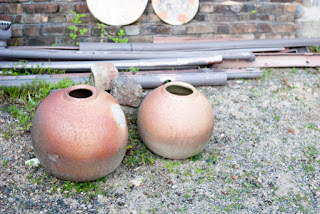 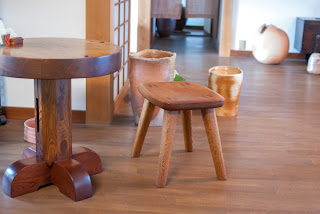 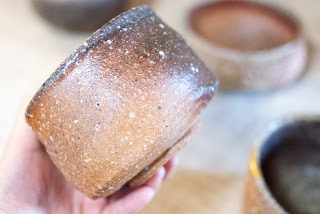 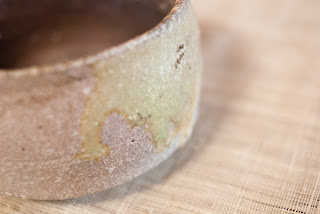 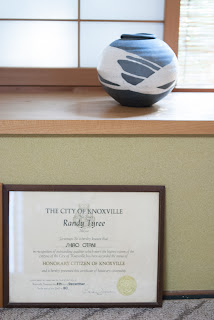 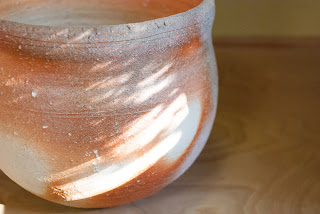 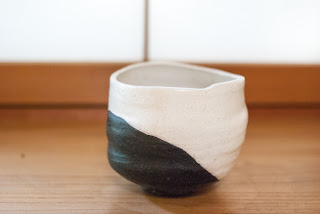 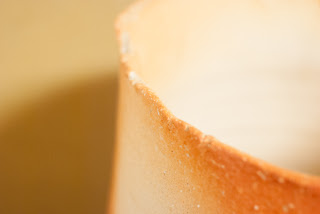 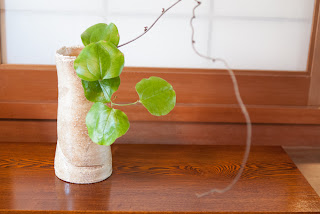 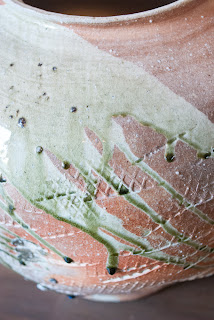 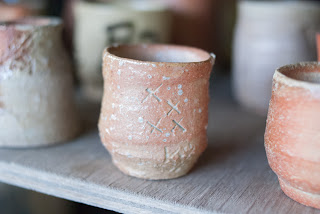 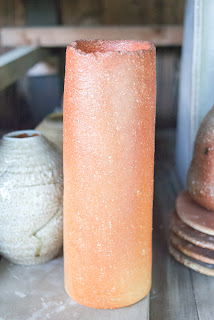 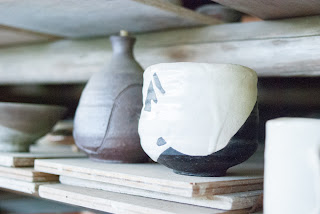 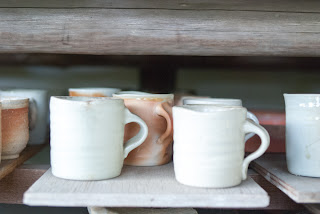 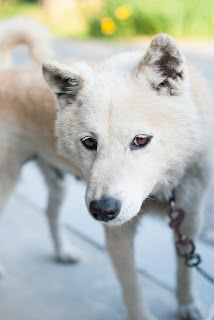 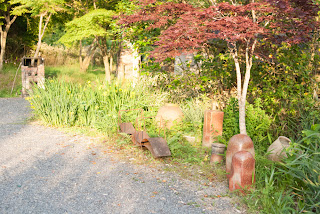 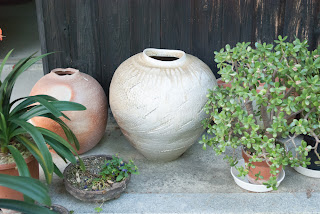 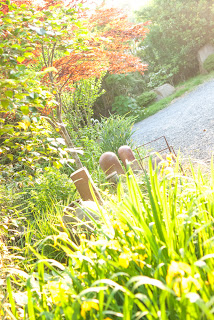 His son was also supposed to be a potter, but instead he became a great photographer and just published his book. I respect him too.
SUBSCRIBE
TO KNOW
Get updates on: