When I was living in Amsterdam I had to walk from the main street to my apartment by the canal. It didn’t take me long to notice a window displaying beautiful ceramic vases. Walking by the studio with vases and looking at them almost daily made me wondering who their maker is. I also noticed that at the back of the studio there was a small electric kiln. I could sometimes even see the kiln display with the indicating temperature. I started researching and finally found owner’s name. After that it took almost another year until I fond the courage and wrote him a polite letter asking him if I could use his studio to work and to fire my ceramics. This is how I know Slim Ben Ameur.

Slim comes from Tunisia. His father was a traditional potter, but Slim’s love for ceramics came later, after he became a Bachelor of chemistry at the university Faculte des siences de Tunis in Tunisia. He wanted something more than the traditional Tunisian earthenware so he decided to go abroad to study ceramics at Gerrit Rietveld Academy in Amsterdam, Netherlands. There he got the knowledge and appreciation for porcelain and crystalline glazes which are now his trademarks.

Crystalline glazes are special type of glazes with very distinctive appearance. They form crystals, which are very appealing to the eye. The glaze base must be very fluid in the kiln so that the zinc and silica oxide molecules are able to form around a nucleus of titanium or zinc oxide in a specific arrangement, which results as a crystal. The crystal growth depends on the chemical composition of the glaze and of time intervals of temperatures in the kiln. The longer the time of the highest temperatures is, the bigger is the crystal – at least in the theory.

Slim understands this type of glazes and makes a range of beautiful colored glazes with quite large crystals. The effect is even bigger because he uses this dramatic glazes on tall curvy vases or wide platters made of casted porcelain. What is also interesting to me in his working process is how he makes the models for slip casting. He makes the model from plaster cylinder, which he shapes on the wheel with a template. 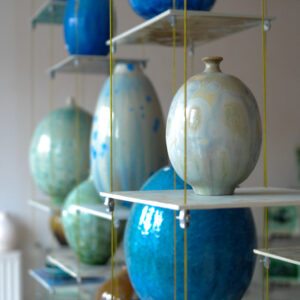 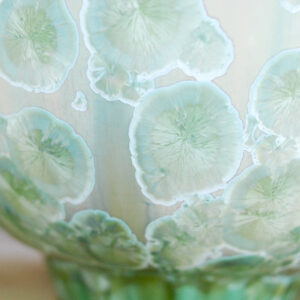 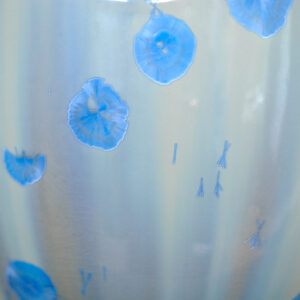 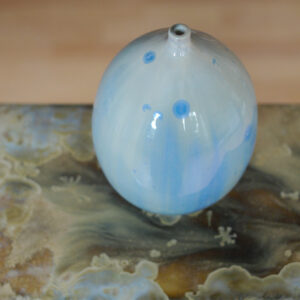 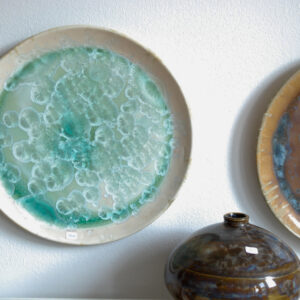 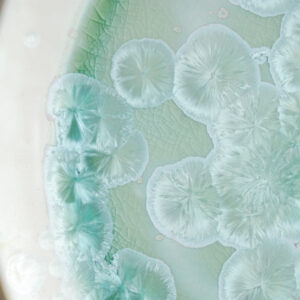 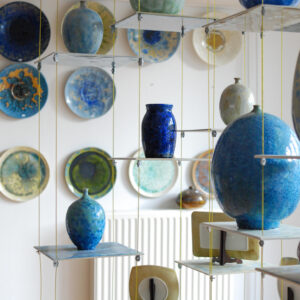 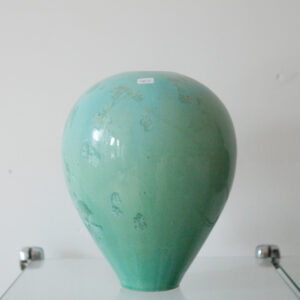 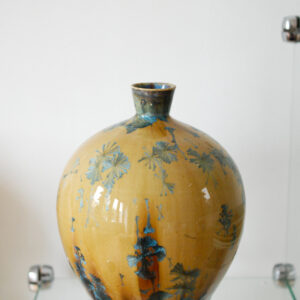 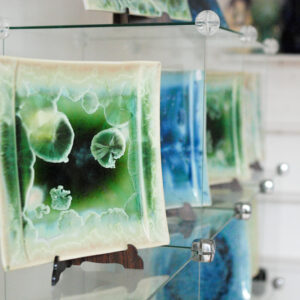 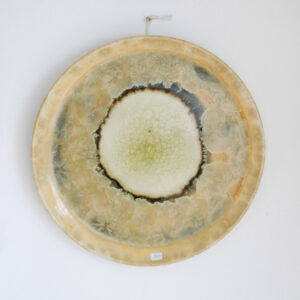 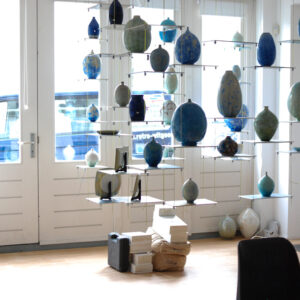 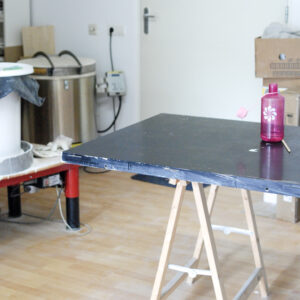