Wood firing workshop happened between 17 and 23 May in Janja Gora, Croatia. It was the third year the workshop happened, lead by Lou Smedts. Lou Smedts started working with ceramics and building different kilns about 40 years ago, so he has much to offer as a teacher. You don’t just learn about firing this anagama-type of kiln, but also almost everything there is to know about working with clay. Between rest hours he often explains about philosophy of art or culture of tea. His students are lucky, because he doesn’t spare any words, and shares with no secrets.

Branko Šupica and Danijela Pešut are the owners of Atelier Janja Gora. They built this Atelier in order to bring some art and happening to Lika, area which was badly affected by the war. Many houses are empty and still damaged with gunshots, some roads were being overgrown by plants. Atelier brings some light among the people, especially children. For few years now Atelier organises free classes for children, whose parents cannot afford it. And when once a year artists come to Janja Gora to fire, Atelier shines in brightest colours. This year artists came from Belgium, Germany, Netherlands, Slovenia and Croatia.

Each artist brought some 30 bisque fired pieces. Few of it we glazed, but most of the work was left unglazed in order for kiln to do it’s magic. Wood firing in such kiln happens for 5 reasons: getting the effects of direct flame, reduction atmosphere, ash deposits, high temperatures and fun and love of firing. Firing is a ritual to ceramists.

It is a final act of giving birth to pots and most important part of the ceramic cycle. It’s hard work, sweat, sleepless nights, exhaustion, concentration, responsibility and obsession to fire. It is tranquillity, warmth and light in the cold dark nights. That is why firing is a ritual.

Artists formed groups of 3 people. Each group rotated and fired for 3 hours guided by a temperature schedule. It was funny how the night shift from 4am to 7am went by so quickly, when we threw wood every 15 min, keeping fire low and steady. But the final shift lasted forever. It was so exhausting to feed the fire every couple of minutes, looking out for smoke, smell and colour of pots. And the heat! Almost unbearable.

But it was all worth it! Works turned out nicely. Some broken, some stuck to others, some under-fired, but few quite a piece. We were happy. The Slovenian team also made an exhibition of works fired in Janja Gora after the firing – High fire: exhibition of wood fired ceramics. 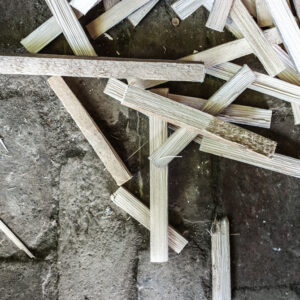 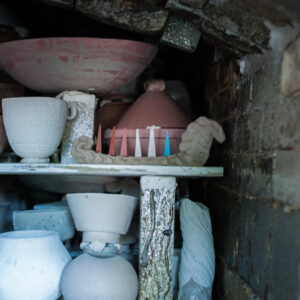 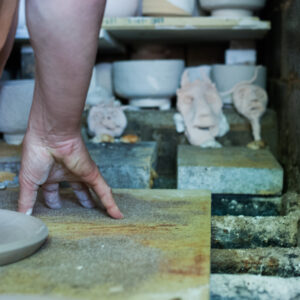 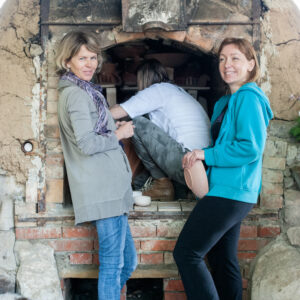 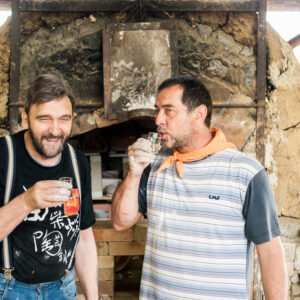 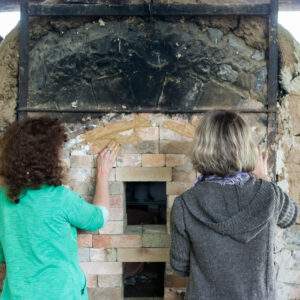 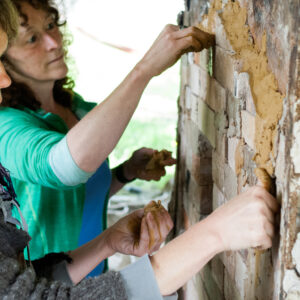 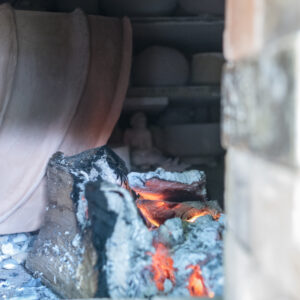 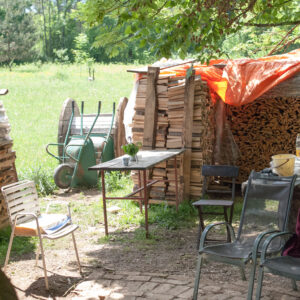 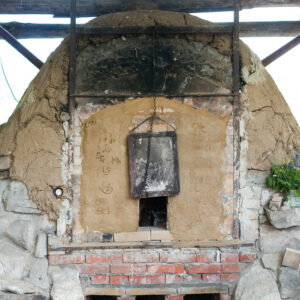 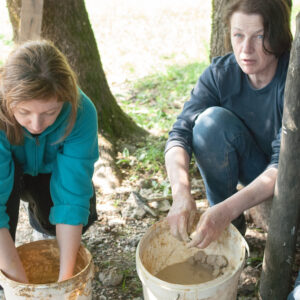 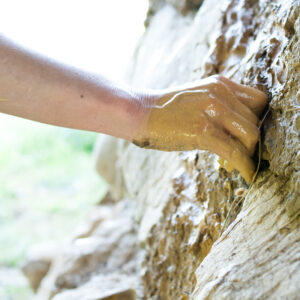 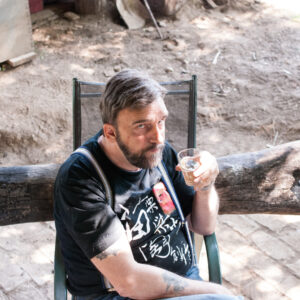 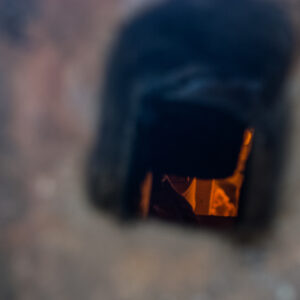 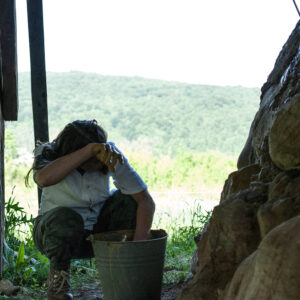 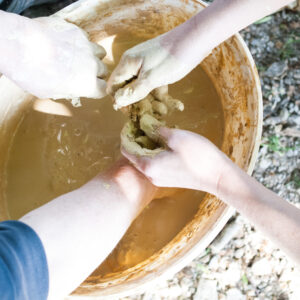 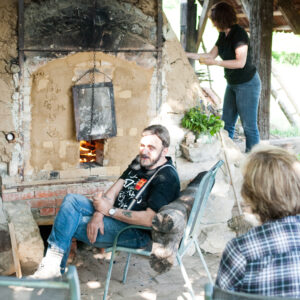 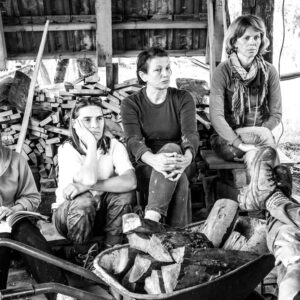 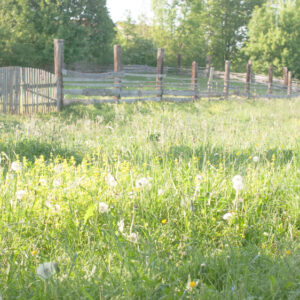 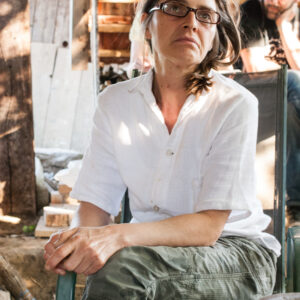 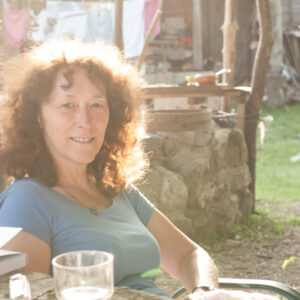 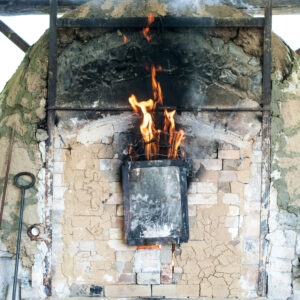 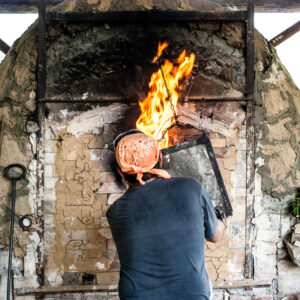 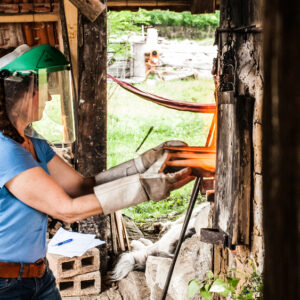 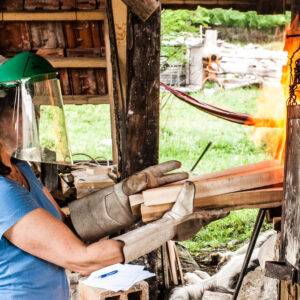 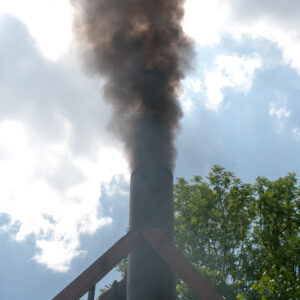 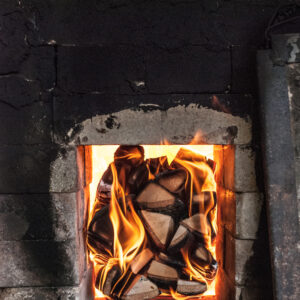 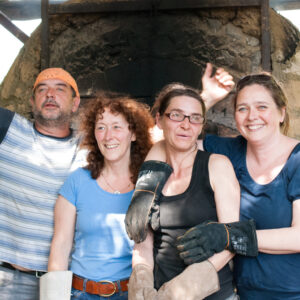 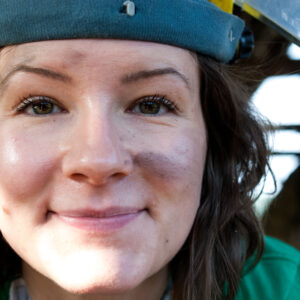 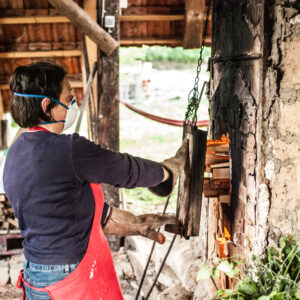