Karst or Kras is a region in southwest of Slovenia. It has special characteristics and geology. I already wrote about it here. Mostly it is limestone, dolomite, calcite and red earth, known as terra rossa. I found all 4 and some clay as well. But what is terra rossa exactly? It contains a high amount of iron, which makes it red. The parent rock can be limestone, dolomite or calcite, all of them are calcium carbonates. When rain dissolves them, it drives carbon out of them. Silicates are also leached out and are rich in iron hydroxides – and that is how terra rossa is formed.

“Terra rossa ( Italian for “red soil”) is a type of red clay soil produced by the weathering of limestone. When limestone weathers, the clay contained in the rocks is left behind, along with any other non-soluble rock material. Under oxidizing conditions, when the soils are above the water table, iron oxide (rust) forms in the clay. This gives it a characteristic red to orange colour.”

TERRA ROSSA IS RED CLAY SOIL. It is CLAY.

And only now, reading all the info about it, I can clearly remember seeing the exact process of this weathering, from the time I was collecting clay in Kras. There was parent rock: limestone. Next to it was the white part: whiting. And next to it – red clay.

Slovenian name – for which I also did not know before is: jerovica or jerina.

I did a small test. It does not melt at 1250°C. It hardly changes colour. It stays rossa – red! Logically it should, because first response on the high amount of iron. But do you know iron only melts at 1538°C? And silica at 1710°C. But the combination of both and of course other compounds in terra rossa make the melting temperature lower. 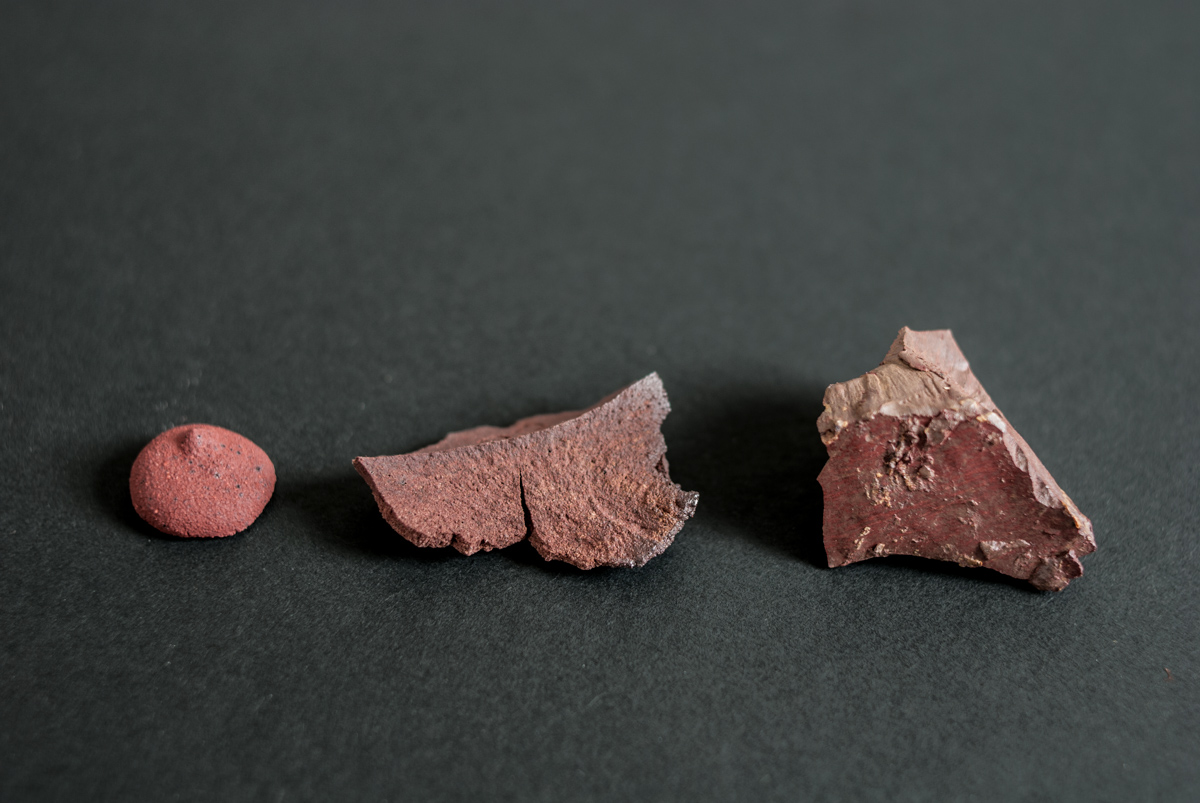 I am fascinated about terra rossa. My preliminary plan was to use it as iron oxide pigment, but now I would rather use it as clay body. I will go back to Kras soon! Terra rossa can now tell me more about other clays in Slovenia. I can now expect and predict that clays, that derive from limestone and are very deep red in colour, can withstand very high temperatures, because they are made of limestone as parent rock.