Video about collecting clay in nature is here!

Clay bed in Straža valley is approximately 20 m deep. And because of that so many brickyards were built here in the past. If you know me, you know how psyched I am about clay that I find and collect in nature.  I was born less then 5km air distance from these pits – in Novo mesto. Pits are located between Straža, where I spent early childhood, and between Cegelnica, where my family moved later. So this clay can’t get any more local than this.

Bricks have been brought to Slovenia by Romans in first century. People have been manufacturing bricks ever since, in the middle ages especially for castles, churches and monasteries. It is known that in the area between Novo mesto and Straža there have been several brick factories. Bricks have become more widely used construction material in 18th century and in that period Zalog brickyard also started producing bricks. In 20. century Zalog brickyard was ran by Faleskini family. In the beginning of 21. century it was closed and later turned into garbage recycle factory, which burned to the ground in 2017. This spring Municipality of Straža received EU funds to turn these abandoned clay pits into ecological reserve – a secondary biotope, because flora and fauna here are very diverse and special. 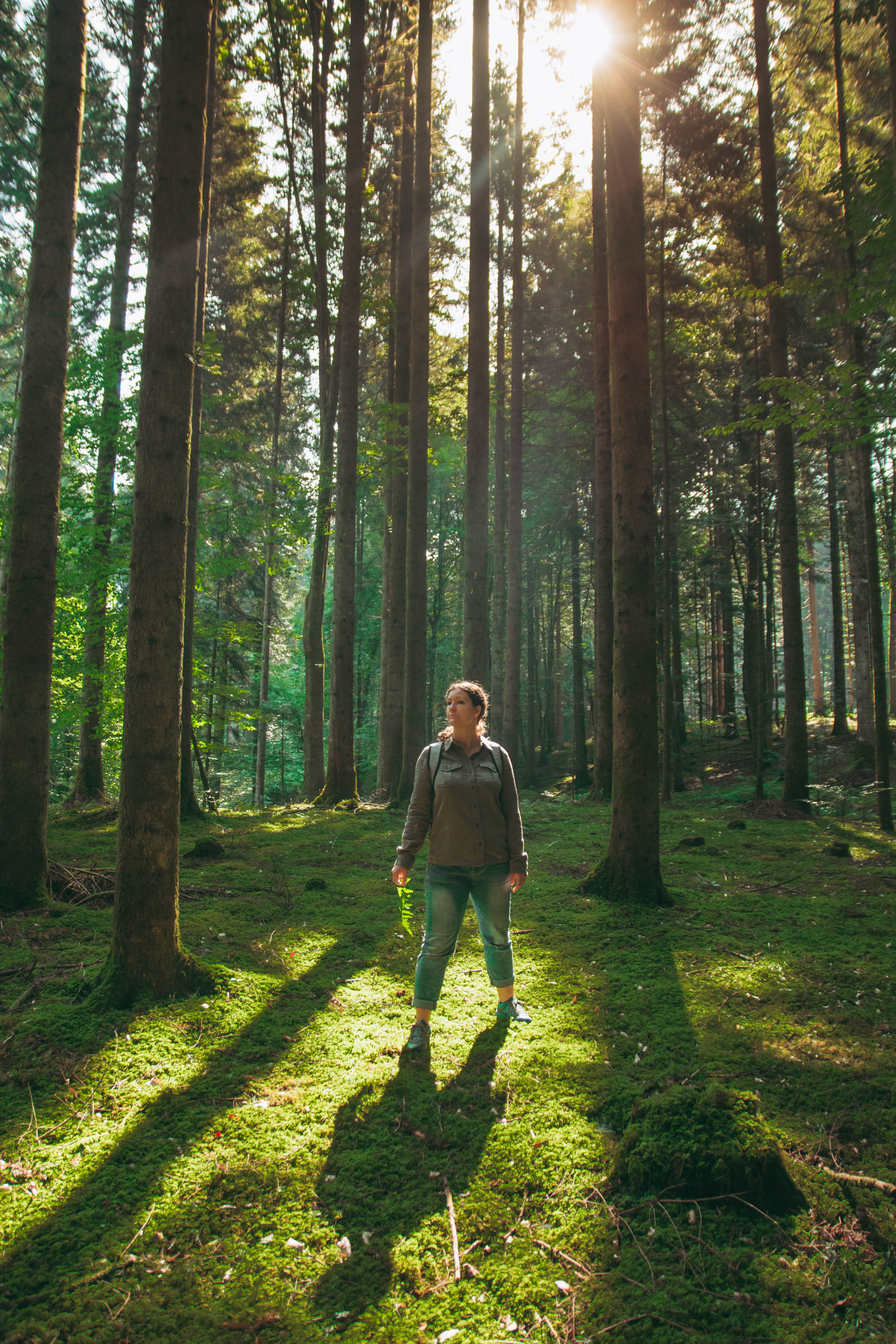 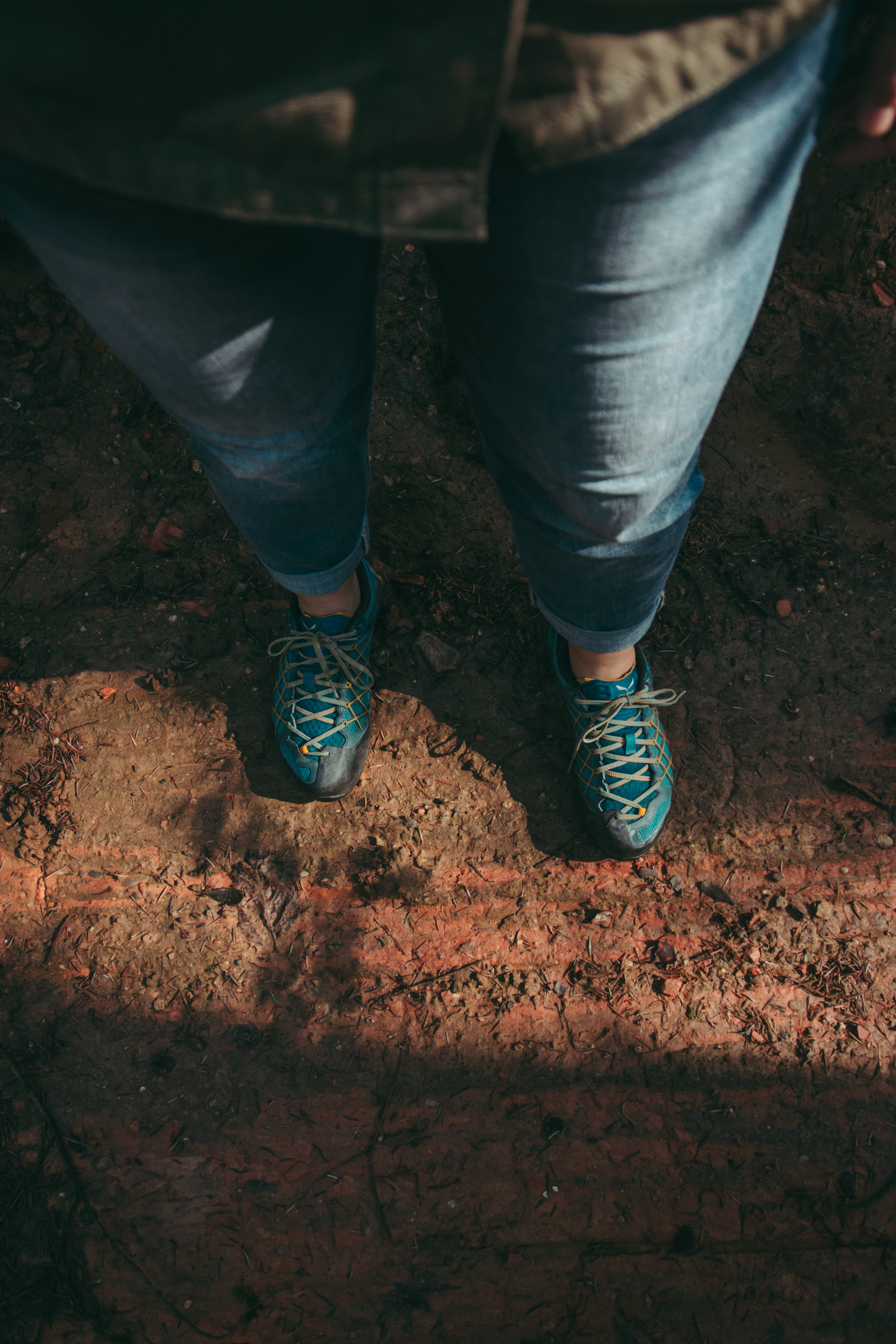 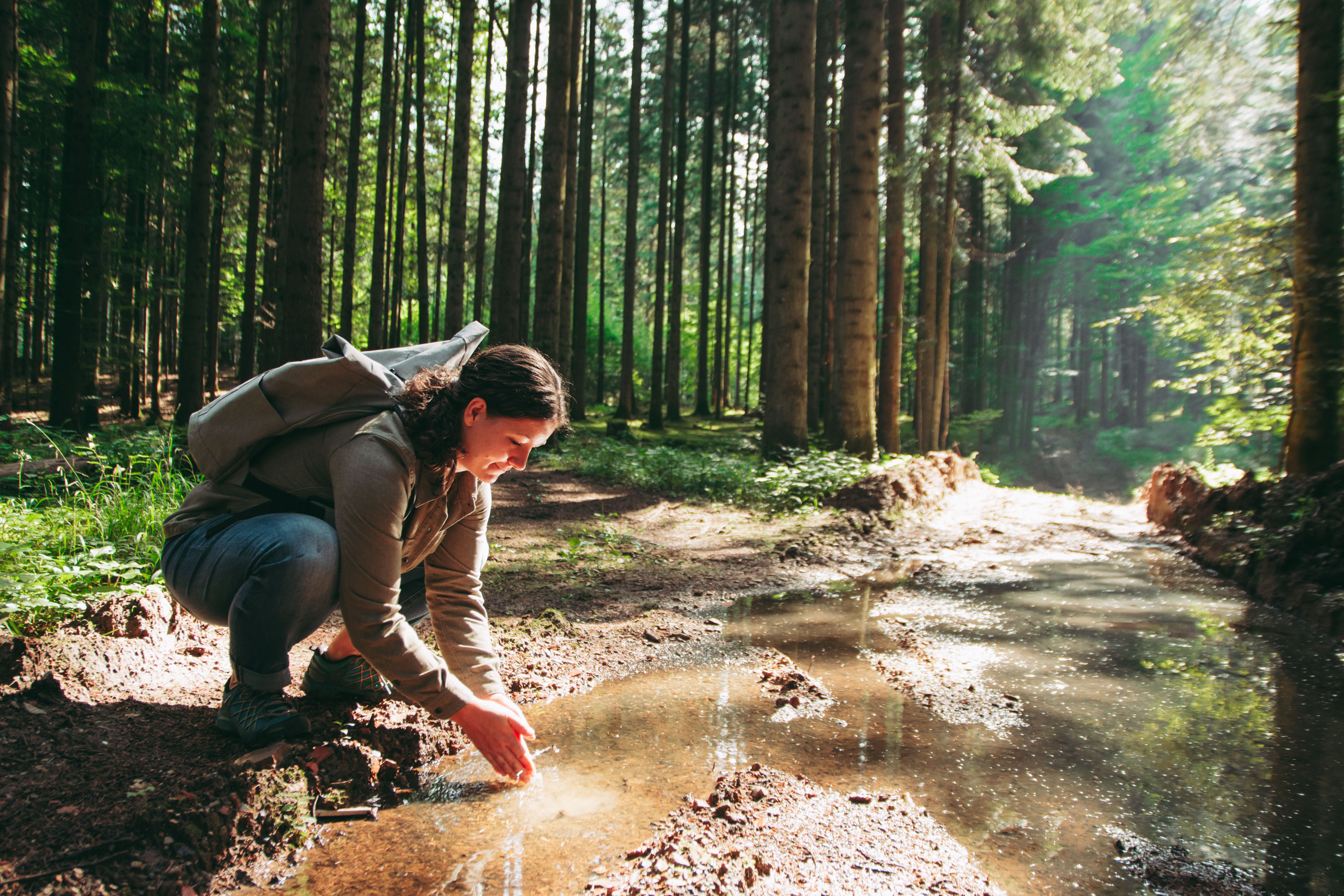 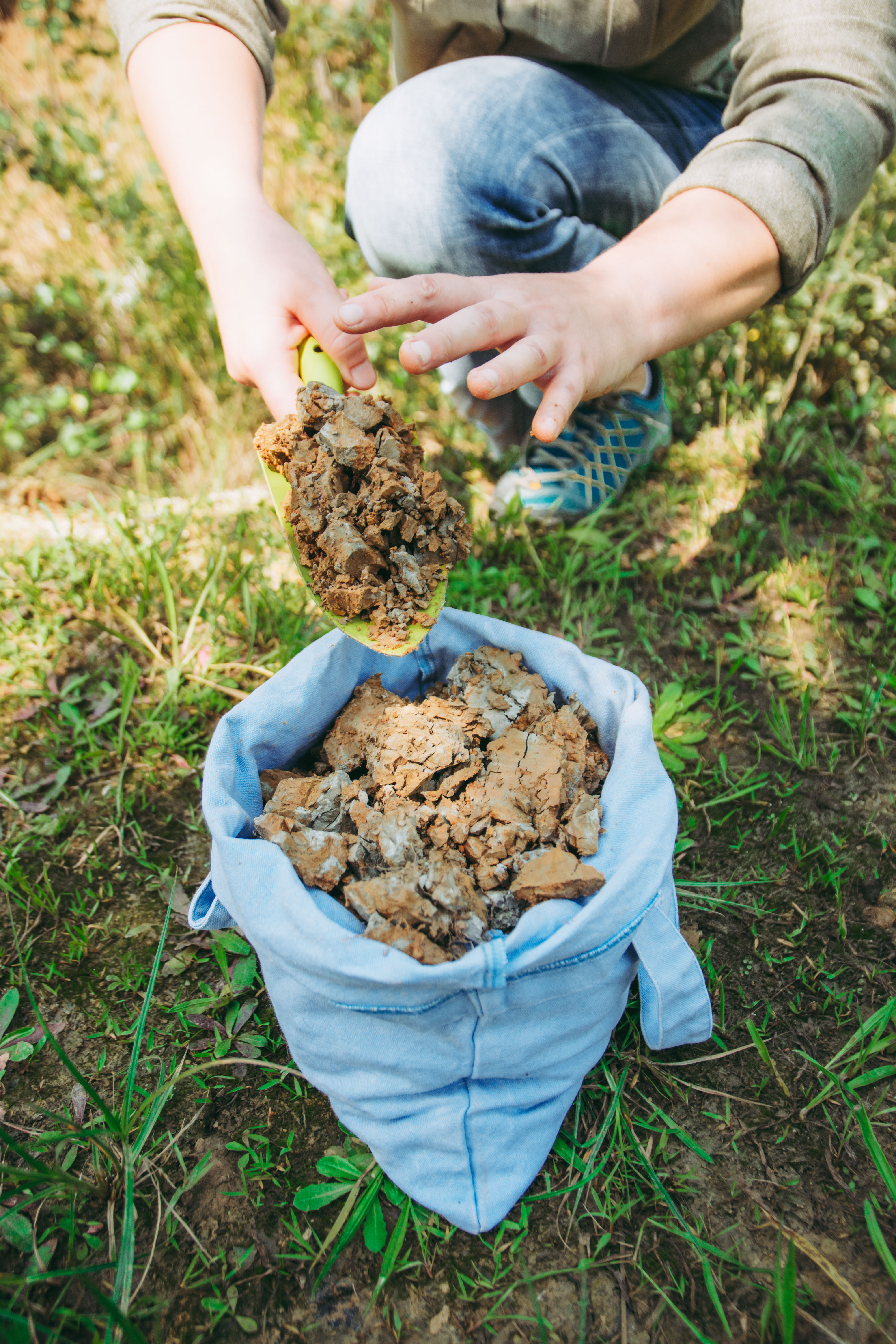 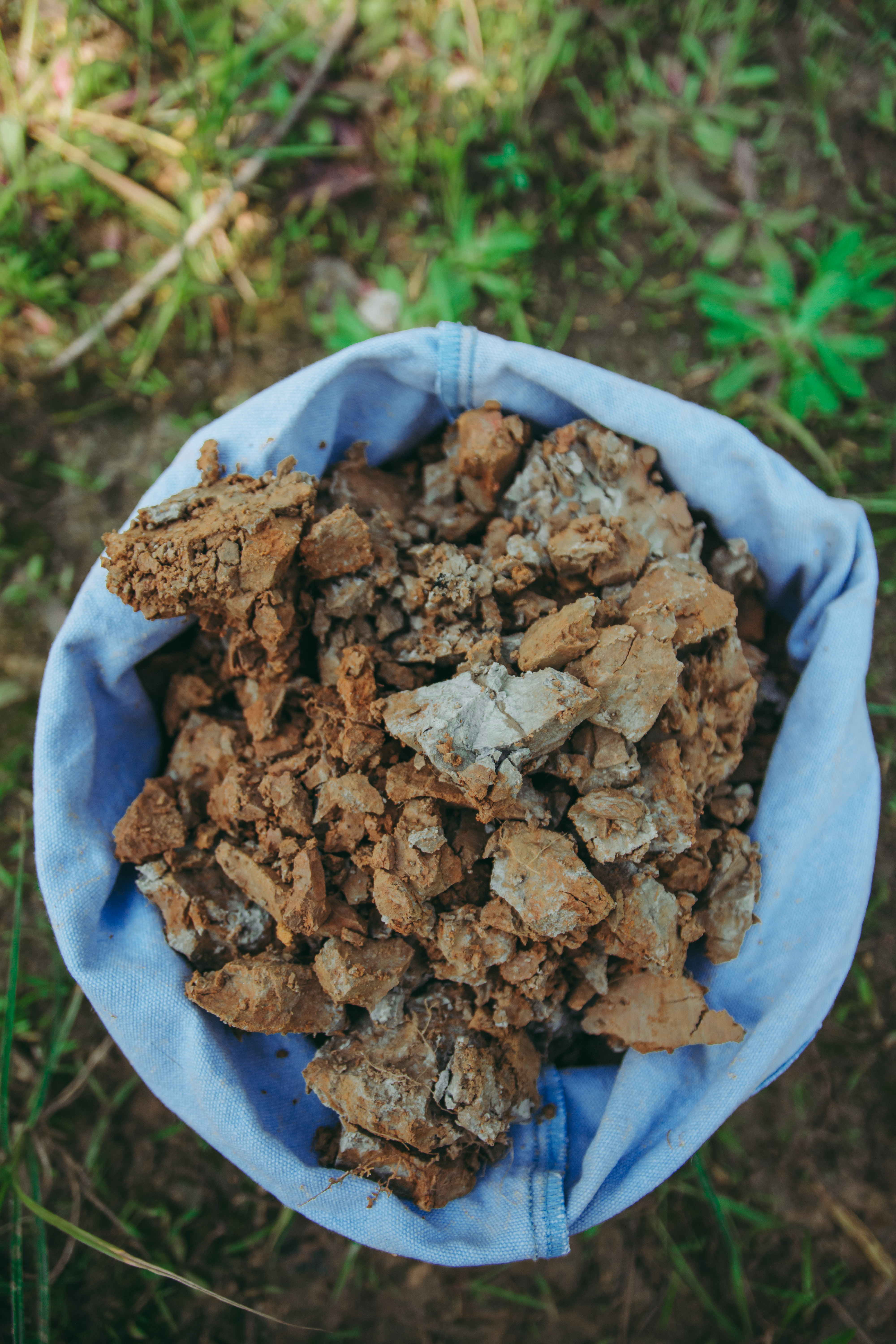 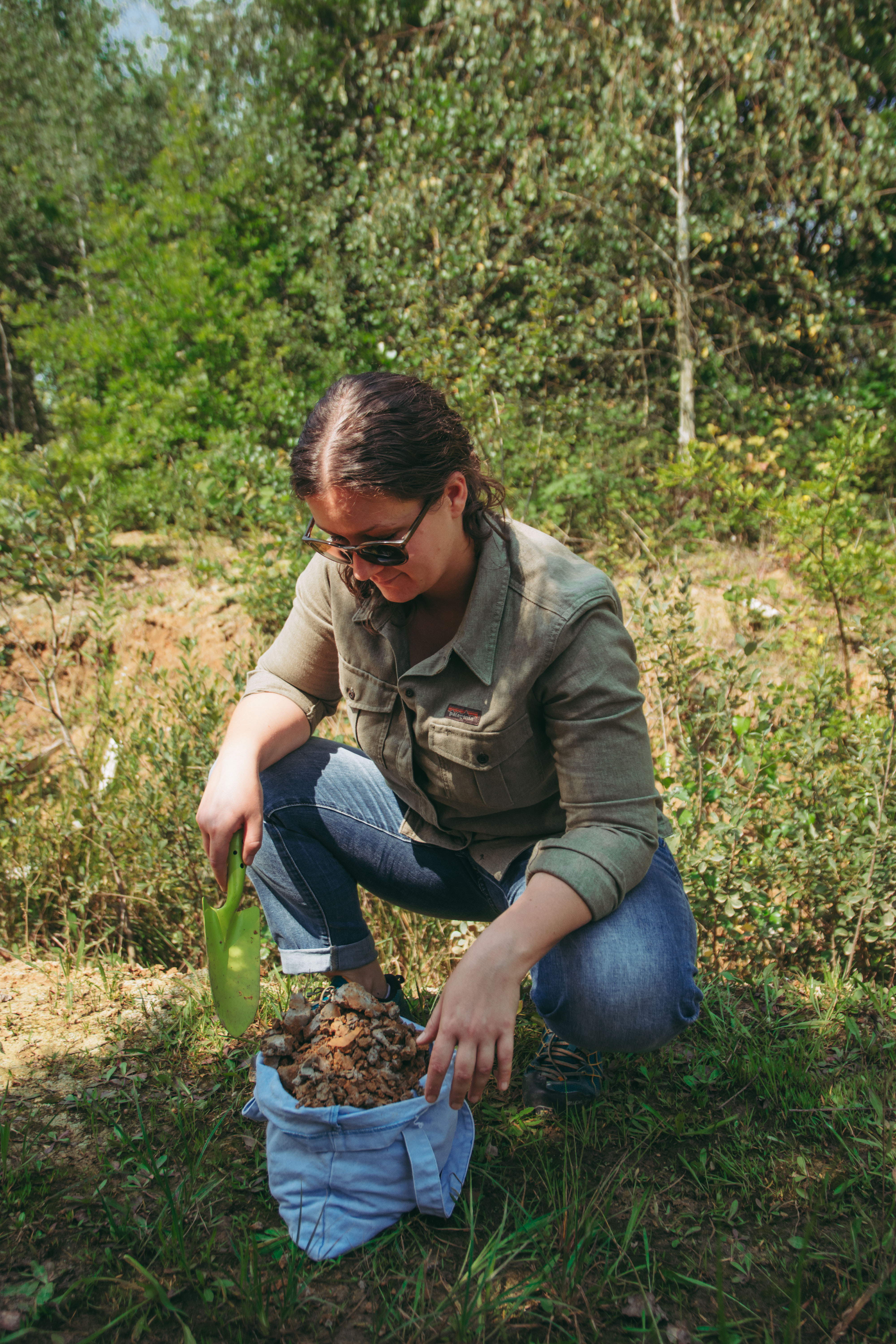 I have tested this clay before. It was also featured in exhibition Clays of Slovenia in 2018. I made cups for my uncle who is also from here. When he celebrated 50th birthday I made him 50 cups from clays he was connected to it. Well 46, because 4 got broken during the firing. 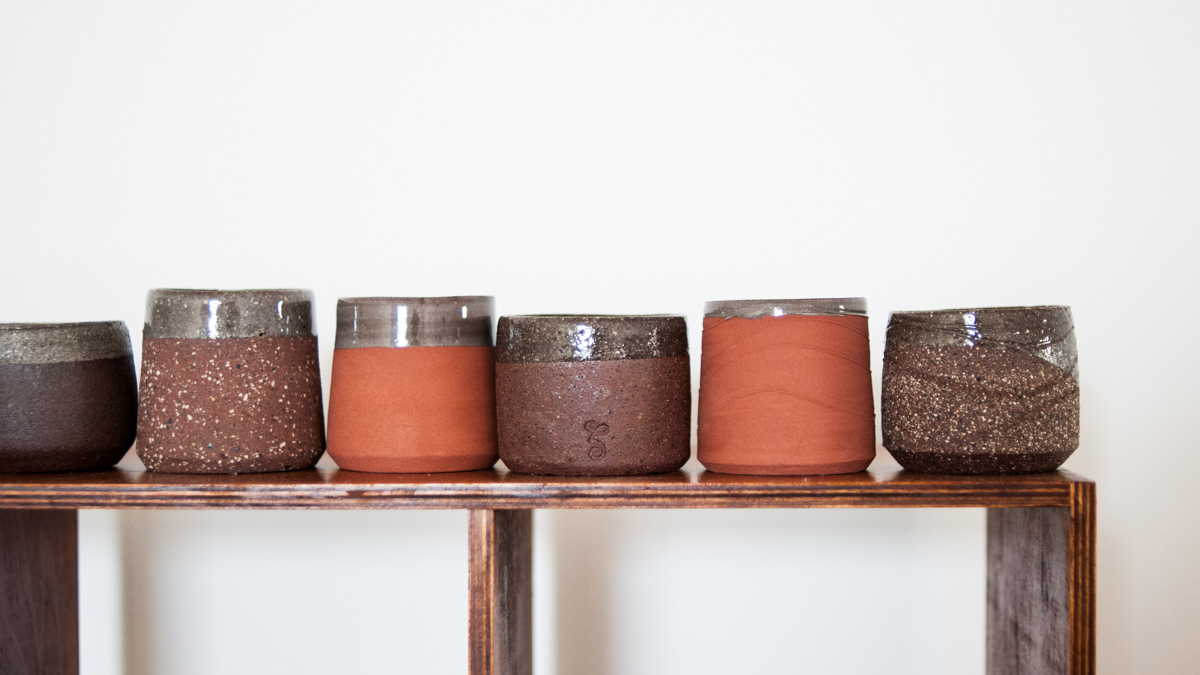 This clay is insane. I fired it to 1230 and it came out bright orange (see two orange cups in the photo). What does that mean, you ask? This means it will still need a whole lot of more heat before it starts melting. I was also hoping this clay will be appropriate for wood firing. Melting point of this clay is so high, because it contains a lot of silica sand – or quartz sand. The more quartz it has, the hire you can fire it.

I always look for bigger particle size of the same material in one location. Bigger size stones or rocks can show me what this clay is made of, without using microscope. Because bigger size stones are the same material clay is made from. Clay is just smaller in size – in fact that is also the definition of clay – the smallest particle of geological particle. All smaller than 2 microns.

I hope we can create more videos about collecting clay in nature soon! Thank you Klara from Curry and Love for your help. You can read more about how to collect clay in nature in my previous articles here: part I, part II and part III.